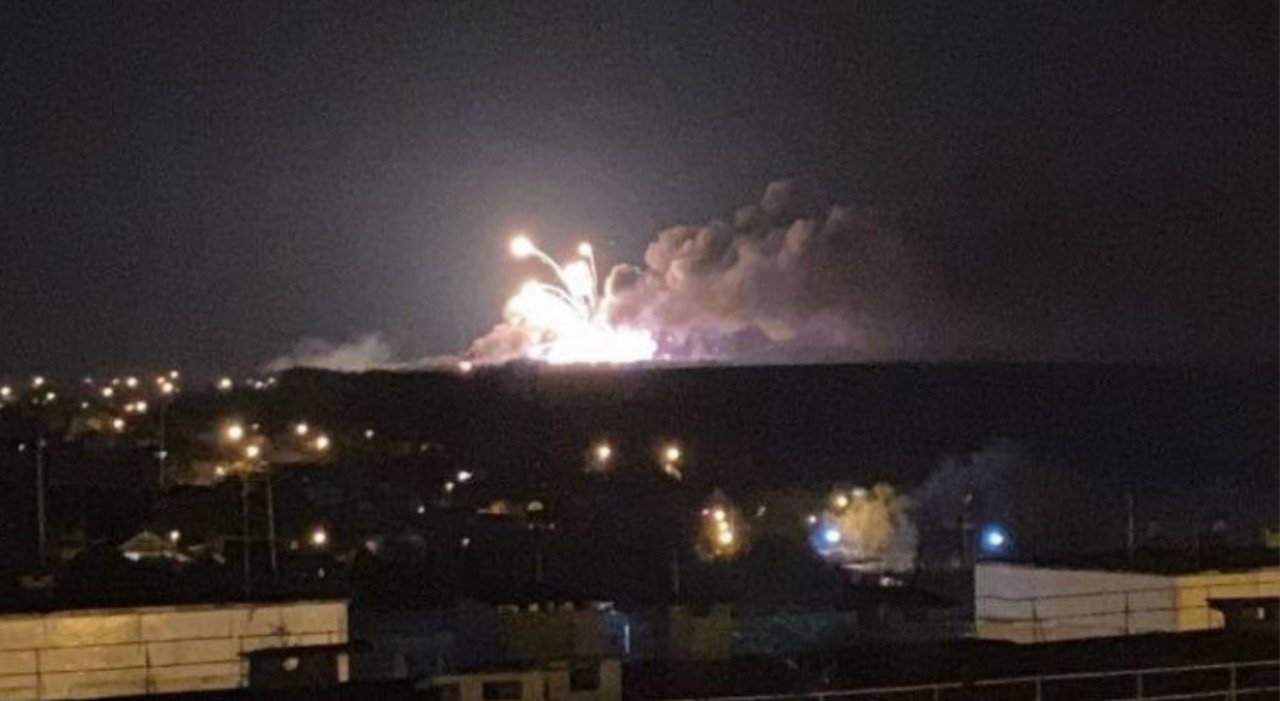 There is also a war in the Russian lands. Explosions rocked a village in the district last night Belgorodat Russiaa few kilometers from the border withUkraine. The cause of the explosions has not yet been confirmed, according to Ukrainian official channels. Several Ukrainian Telegram channels, both official and unofficial, have republished photos of the bombings.

Ukraine, missiles, corpses and checkpoints: This is Kharkiv’s road to death

According to the first reports, it was an ammunition depot in the village of Oktjabrskij, which is very close to the Ukrainian border and the Kharkiv city area, one of the areas most attacked by the Russian army. According to reports by the Russian TASS agency, a Ukrainian bullet was to hit a military camp. Four soldiers were wounded. Local authorities reported no civilian casualties. The armory was reportedly destroyed by an Otr-21 Tochka-U launched by the 19th Ukrainian Missile Brigade.

population #Russian city #Belgorod An explosion was reported near the village of Oktyabrsky. It is about 12 kilometers from # ukrainian the border.

The governor of the Belgorod region, Vyacheslav Gladkov, confirmed the information about the eruptions. He did not specify exactly what happened. pic.twitter.com/zrFzot2JTk

He was the first priest to die on Russian soil

A Russian military chaplain was killed last Friday in a Ukrainian missile attack in southwestern Russia near the border with Ukraine. This was stated by the Russian Orthodox Church. Oleg Artyumov It was located in a village Zhuravlyovka In Russia’s Belgorod region when he was “under bombardment by a Ukrainian missile launcher Smerch and died” on Thursday, the military department of the Moscow Patriarchate reported on social media. This is the first reported death on Russian soil from Ukrainian fire since the start of the Russian offensive on Ukraine.