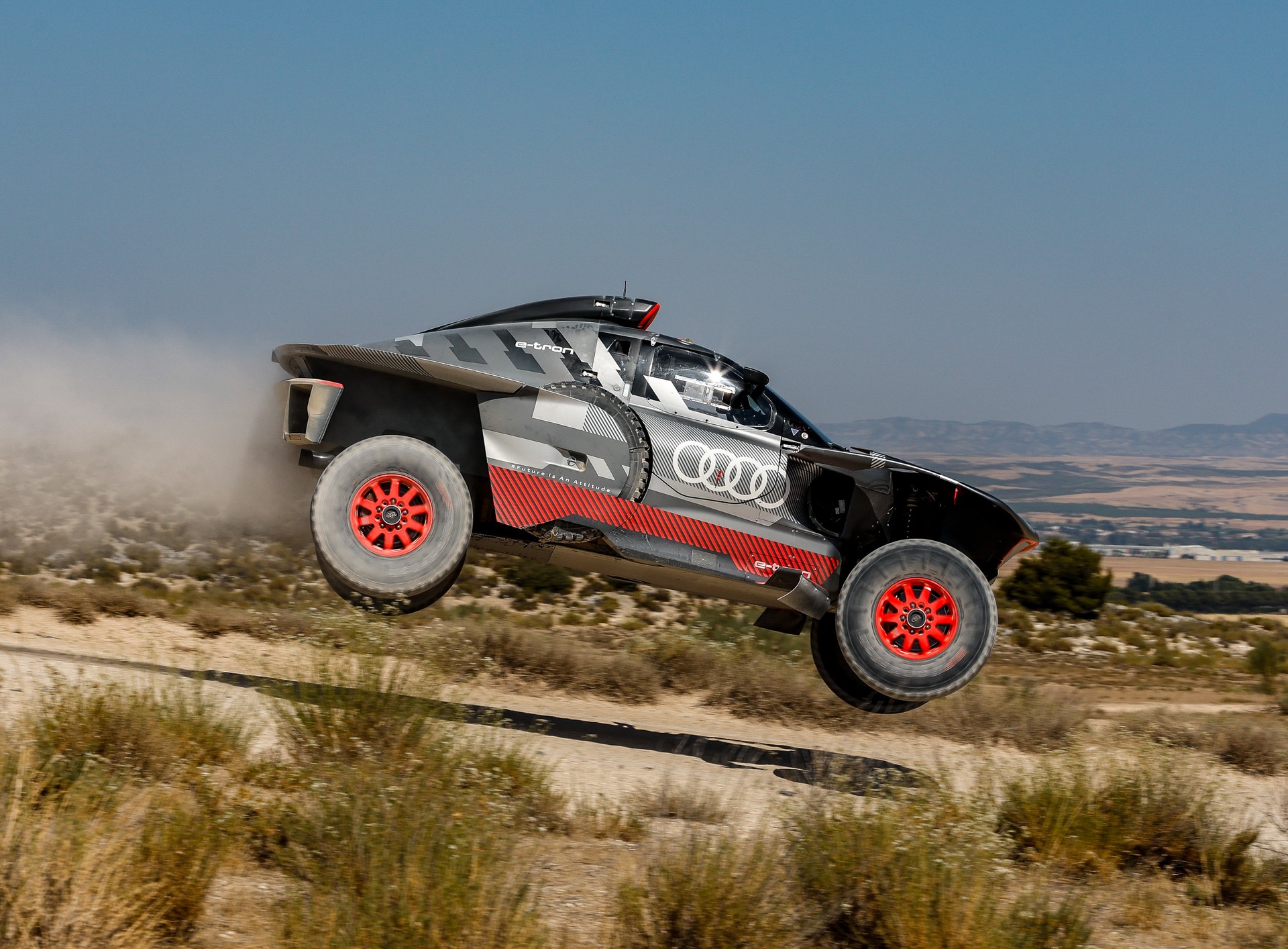 Audi It will also turn on2023 edition of Dakar. After participating in the 2022 edition of this tough competition, the House of Four Rings decided to take advantage of what they learned To develop his RS Q e-tron And create a more efficient car to try to attack the next version of the Dakar.

So the German manufacturer announced The new Audi RS Q e-tron E2has evolved Electric model equipped with a range extender. A car that, according to what was announced, is lighter, more aerodynamic and more efficient. With this new car, the second phase of the Audi sports program begins in the raids.

We are radically reducing the overall dimensions of the lower part of the rear hood, to the left and right of the B-pillars.

Audi has It can reduce the weight a little From the new car even if the prototypes of the T1U class should weigh 2100 kg compared to the previous 2,000 kg. However, this was possible because the first generation of the Audi RS Q e-tron was distinguished by a higher weight than the regulatory minimum.

The German manufacturer has worked a lot Also on the aerodynamics front Coming to improve vehicle efficiency (overall aerodynamic drag has been reduced by 15%).

The aerodynamics of rally raids should not be underestimated. According to the regulation, the maximum speed is limited to 170 km / h. What changes are rather the power requirements, which are lower than in the first step of the electric prototype. We obtained this result thanks to computational fluid dynamics (CFD, computational fluid dynamics in English), i.e. for development through computer simulation rather than wind tunnel, with the subsequent advantages in terms of speed and accuracy of analysis.

Then Audi focused on improving the car’s electronics to better manage the power delivered by the engines even in the most extreme conditions. The improvement that also included ancillary services. For example, the cabin air conditioning was very effective. Therefore, the process was modified which also allowed to save energy.

And speaking of the cockpit, Audi has revised it to provide drivers with more comfort. In addition, crews can now intervene more quickly in the event of a puncture.