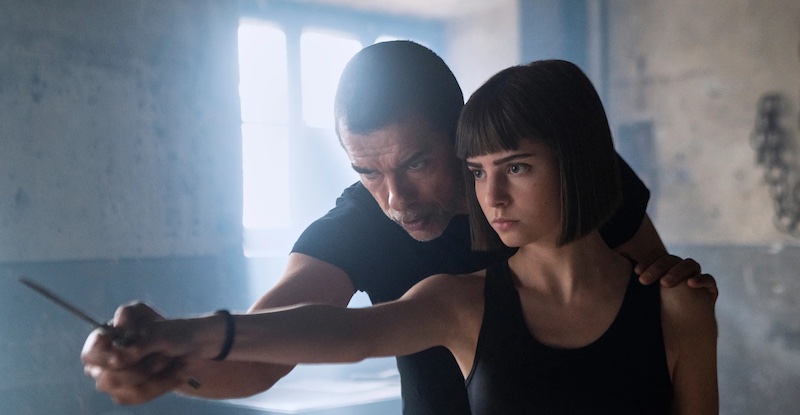 For the first time, an Italian film entered the global ranking of the most watched non-English films of all time on Netflix. My name is revenge by Cosimo Gomez It has been available on the platform for four weeks and has so far logged 67 million hours of viewing, which is the benchmark by which Netflix evaluates the performance of its films and TV series. In recent years, there have been successful Italian films among those Netflix originals, that is, titles that the platform produces or helps produce, pre-purchased for exclusive access: but none of them entered the ranking of the most watched films. Ever.

Since its first week My name is revenge Upon its arrival on Netflix, it was clear that its viewing figures were above average, and not just in Italy. through location top 10Netflix provides both global ratings of the world’s most watched and specific ratings of the top 10 most watched for each region in which it is located: My name is revenge It immediately entered the lists of 91 different territories, including some countries where the tradition of “revenge” films has developed a lot in recent decades, such as Japan or South Korea.

In many cases, and only referring to hours watched for individual weeks (not total hours), My name is revenge It’s also been watched more than many of the English-language titles that are usually the most watched, whether for the presence of world stars or for more massive promotion. Only one film did better in this period, and that was the Norwegian film troll, whose case is even more sensational and which is currently the most watched non-English film of all time. The international success of My name is revenge It has no equal among Italian titles released on other streaming platforms.

The plot of the film belongs to the genre of revenge cinema, more specifically hunting and revenge, in which a man of action (usually with a violent past behind him) suffers a fatal error, such as the kidnapping of a relative or death. of a loved one, and continues to search for those responsible resulting in a series of deaths.

In this particular case, actor Alessandro Gassman is the father of the family whose wife was murdered by the Sicilian mafia. At that moment we discover what he himself had always hidden from his pre-adolescent daughter, which is that before living with them in the mountains he worked in organized crime. At that point, after discovering the cover, the protagonist quickly trains his daughter to fight and the two decide to move in first and kill whoever threatens them.

READ  The new TV series will be released on Wednesday

The film was co-written by crime writer Sandrone Dazieri with Fabio Guaglione (actually screenwriter). Mines In 2016), Franco Fratnal and director Cosimo Gomez himself, out of the desire of Colorado Film producer Alessandro Usai, to make an Italian action-revenge film. In addition to Alessandro Gassman in the film, there are Jennifer Francesconi (who plays the daughter), Remo Geroni and Alessio Bratico.

Until a few years ago, it was not usual for Italian cinema to produce films of this kind. Similar to globally successful stories and genres other than drama or comedy and designed to resemble international blockbusters. In this case, the most inspiring movie is I will find you, which launched Liam Neeson’s new acting career in 2008, eventually spawning several sequels and films. from this movie My name is revenge It adopts not only the basic premise, but also the characteristics of the toughness and maturity of the protagonist, a father with a rather old daughter, with more past than future behind him. Epic John Wickstarring Keanu Reeves, is another example of a highly successful revenge film.

Being in Italy, Netflix has done a lot to stimulate local productions to propose and film stories of this kind, this genre instantly recognizable by a global audience, even from just the first image and title. Two years ago he had attempted something similar with a production the monsterWith Fabrizio Giffoni. But at the time, the vision data had not yet been published. consequences My name is revengenow, attests to the effectiveness of the strategy.

Location top 10 of Netflix is ​​the only form of disclosure of data viewing allowed by the platform. It has been around since June 28, 2021 and distinguishes within it the 10 most watched films and 10 most watched series in the world in separate ratings, in addition to providing the 10 best films for each territory in which it is located. Netflix previously disclosed data about movie and series performance on an infrequent basis, using the number of times a single title was viewed as a metric. The counter was judged unreliable because it was enough to watch two minutes of the title to count the view. rather with top 10 Netflix has introduced a system of viewing hours: each title is ranked based on the number of hours watched. For this reason, TV series and movies, which have incomparable durations, are in separate ratings.

In addition, there is also a rating of the most watched films and series in the first 28 days on the platform since the existence of this rating scale, that is, a year and a half (a period in which users have increased significantly: so it is easy for most visas of the last year and a half are the most watched Absolutely). In this case, Netflix distinguishes between English and non-English productions, with separate ratings. It also reports Analytics website seniguruAmong the Italian films with the most watched number of hours are the teen comedies so well (16.6 million hours), gruesome horror Classic horror story (13.1 million hours) and a Paolo Sorrentino movie It was the hand of God (12.6 million hours). Most watched until a month ago it was YaraIt is a feature film about the murder of Yara Gambiracio with a duration of 37.8 million hours. My name is revengeIn its first week online alone, it was watched for a total of 32 million hours.

Netflix has had a strategy of focusing on individual country productions for several years across all of the major regions it’s in, and it has two main goals. On the one hand, it is considered a way to expand the audience of subscribers, attracting not only viewers interested in foreign productions but also the general interest network audience, through films and series that, in terms of themes and actors involved, are not far from the most successful ones on free-to-air channels in each country.

On the other hand, the platform understood very quickly, thanks to the success of some non-English series (eg Narcos), that non-US and non-English titles could appeal to both international and US audiences. String like hit Squid game (Korean) or thermos (French), the first most watched on the platform, and the second consistently in the top ten of all time, they later confirmed. Therefore, for Netflix, the narrative and visual style is more important to attract viewers than the language spoken.

READ  The actor and director talk about the return of Giselle and her friends in the long-awaited sequel to Enchanted.

The Netflix philosophy is that the more local a production is, that is, the more specific and representative of the region it comes from, the more global it has potential and can impact the entire world. But this is also a way to beat the competition. Other US platforms such as Prime Video, Disney + or Apple TV + have inflated the market for hiring and talent for acting and directing stars, as well as increasing what needs to be paid to secure the most attractive scripts or productions, those capable of guaranteeing both. An instant hit is the next hit, in the form of sequels, prequels, spin-offs and so on.

Netflix wants to find more and more intellectual property in other countries, that is, in markets where other platforms are not rooted. As a result, in the past three years, the number of German, Czech, Polish, Korean, Japanese and Spanish products offered by the platform has increased significantly, making excellent successes. In the past three weeks, thanks troll And the My name is revengeIn the global ranking, hours watched for non-English films were similar to those for English films.

It’s also why, when a title proves successful, Netflix usually starts producing a sequel or similar content almost immediately by the same team, on a higher budget. cosimo gomez, In an interview with critic Francesco Alitalked about how there is an intention to make a sequel to My name is revenge And how much the end of the film is designed to allow, even if there is still no green light from Netflix (a technical term translated from English “green light”, which specifies the official authorization to start production).