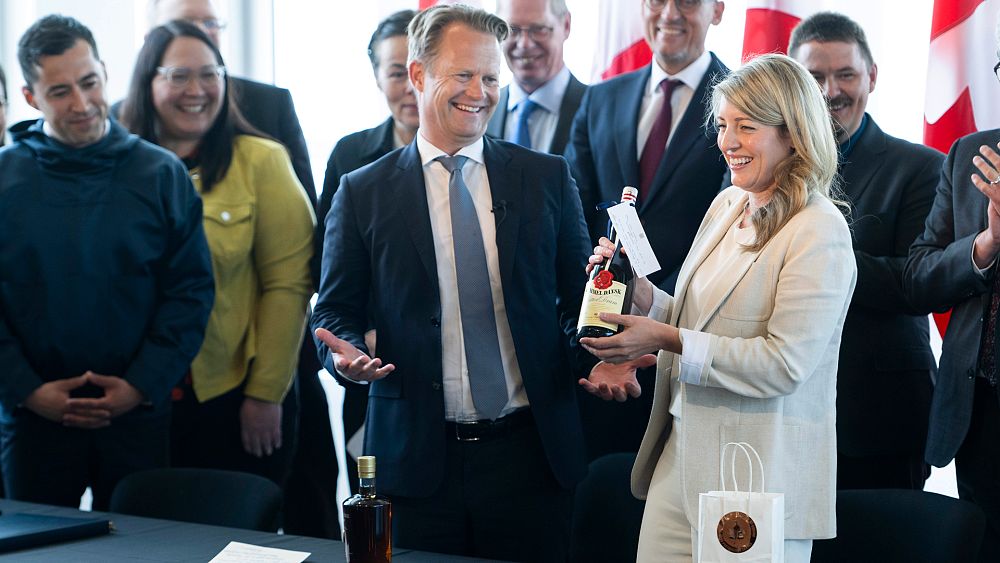 The end of the “Whiskey War”.
After 49 years, Canada and Denmark have settled a dispute over a barren and uninhabited island in the Arctic.

Henceforth, the “Island of Two” will be seen as a model for resolving regional conflicts around the world.

The story of Hans Island, measuring 1.3 sq km, is located between Ellesmere Island – in northern Canada – and Greenland, beginning in 1973 when the maritime border between Denmark and Canada and Greenland was drawn.

Over the past few decades, Danes and Canadians have visited the rock several times by helicopter, resulting in diplomatic protests, online campaigns and even a Canadian call to boycott the famous Danish cookies …

During the official visit, both parties each hoisted their own national flag and left a bottle of whiskey or crap for the other party.

Since the dispute became known as the “Whiskey War”, it was appropriate for both sides to seal a whiskey bottle deal.