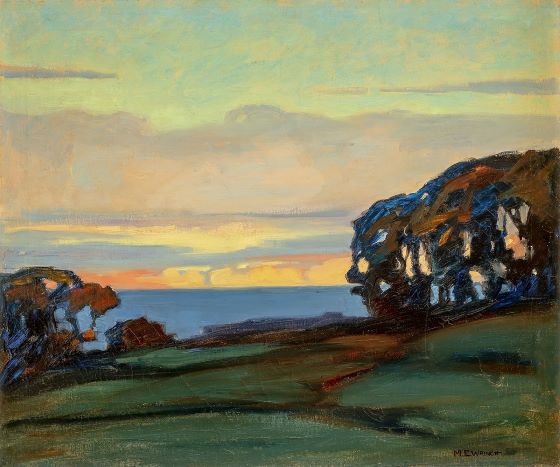 Despite their undeniable talent, many Canadian women artists were excluded from official art circles in the first half of the last century. An exhibition at the Vancouver Art Gallery finally does justice to these women artists

May 7, 1920 A group of seven He held his first exhibition at the Art Gallery of Toronto (today). Art Gallery of Ontario) of this group of seven landscape painters, all men, became Canada’s most popular artists over the next two decades. Besides Emily Carr, who exhibited her paintings with the group but was not officially a member, and no women were members. Although there are many talented female artists, like other parts of the world, Women are excluded from the Canadian art world.

Exhibition at the Vancouver Art Gallery

on stage Vancouver Art Gallery (VAG) until January 8, 2023, exhibition Uninvited: Canadian Women Artists in the Modern Moment Brings together works by Canadian artists not accepted by the organization. Organized by the McMichael Canadian Art Collection and curated by Sarah Milroy, the exhibition features more than 200 paintings, drawings, photographs, sculptures, textiles and beadwork by Canadian artists active from the 1920s to the 1940s. During this period the Canada It has undergone dramatic changes such as the migration of indigenous peoples from their lands, increased urbanization and the development of the tourism industry. Unlike male artists of the time, who were known for their paintings inspired by the Canadian landscape, women artists’ work responded to these changes by “exploring themes of human psychology, urbanization, industrialized resource extraction, indigenous culture, and the history of ecology and migration”.

Exhibition of Women Artists in Canada

VAG is divided into nine arenas, Uninvited Featuring works by women artists from various Canadian regions and communities, including Indigenous and immigrant women, they present a broad and diverse account of female creativity. Each artist adopts a different formal and subjective approach: for example Anne SavageA member of the Beaver Hall group of Montreal, Quebec, paints landscapes. Emily Carr, Victoria, British Columbia, wild landscapes and tribal totem poles; Russian émigré artist Paraskeva Clark Instead it explores socio-political issues. “His thought was: ‘When the Great Depression unfolds, when fascism rises in Europe, when there is so much inequality, pain and suffering in the world, how dare you look at the rocks and the trees and the sky and the mountains? He thought everything was in great decline” (Milroy, cited in Straight up2022).
Toronto artist Marion Long Makes the city the subject of his paintings. His painterly, small-scale oil works remind us of the works of the Italian Machioli artists. Contrasted with Long’s cityscapes, which depict the essence of a large city, are detailed watercolors Winifred Betsey Marsh Forty Years in the Arctic – depicts landscapes, local activities and beaded clothing made by women of the Inuit community of Patlirmiut. In the same living room, along with fine watercolors, there is also a display of clothing she bought from Inuit women during her time at the North Pole. After the artist’s death, the clothes became part of the collection of the Manitoba Museum.
Uninvited It includes many outstanding works by women artists that have long been kept out of galleries and museums. The exhibition is a significant step forward to place them at the heart of Canadian art after decades.