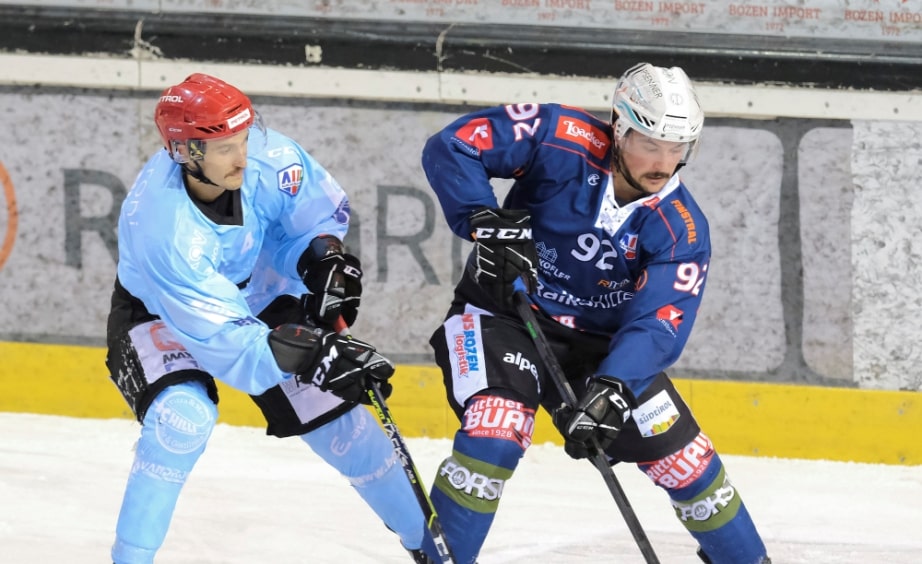 The series between the Vorarlberg team and Migross Supermercati Asiago Hockey is ready to shoot even on the rink. The Giallorossi, having won their first semi-final match at a table, returned to the match after a ten-day break for the second match to be played in Austria. On the other hand, Lustenau can be a paraphrased formation. In parallel, Rittner Buams are hoping to tie the series against HDD SIJ Acroni Jesenice, but Renon has lost their last four home games to the Slovenes.

Renon lost his first semi-final match against Jesenice. A 2:1 defeat in Slovenia which reaffirmed the difficulties the South Tyrolans faced when they challenged the well-known Balkan national team. Suffice it to say that this season is already Boam’s fifth defeat in the presence of the Red Steelers. So a reaction is needed more than ever, and Renon’s captain, Simon Costner, assesses the situation in light of the second semi-final match: ” We are very sorry to lose the first race. They are always good at getting started. We had a lot of respect. They scored two quick goals but we recovered well after that. We got to a break even point which we narrowly escaped. We showed that we can play perfectly against our opponents, in the semi-finals more than ever, given that they have always faced us with some difficulties this season.” So you are on the right track: “But we have to believe in ourselves. We must, first of all, get off to a better start than them. If only we could take the initiative, then everything would be more manageable. On the other hand, if they take off It’s hard for them to recover.” Of course, Gerdina showed that the Slovenes were defeatable: “ Yes, I would say the Gerdina was very good and that means Jesenice is not in the stratosphere.“She also showed great coolness with Cortina by winning 3 games in a row, and facing disqualification.” I would say that Renon did not part with the tough moments of the quarter-final against Cortina who put in a good performance. After that we were able to find a good balance and that gave us a lot of energy also for the current semi-finals.”

Migross Asiago also starts in the semi-finals on the track. After the table won the first game not played due to Westnau’s unsuitability, the streak continues in Vorarlberg on Tuesday. The hosts are in a reshaped formation but are ready for the challenge The Giallorossi, on the other hand, have a great desire to finally get back on the ice as confirmed striker Michel Marchetti. “We can’t wait to start the semi-finals. This is one of the best moments of the season and so I was surprised when our opponents decided not to play. A situation that has never occurred to me in many years of my career. There will be some considerations to take into account, but at this point we are focused on the second race.” After a 10-day break, what do you think the conditions will be in Lustenau: “ I would say we are very physically prepared and comfortable. The difficulty will be more mentally starting the string away and finding the right rhythm right away. But let’s go win and take the first match point knowing it won’t be a simple match. Dr..We have to be very careful with the way they play with the long balls and their power in attack. But I am sure Asiago has all the qualifications to do a very good job. “