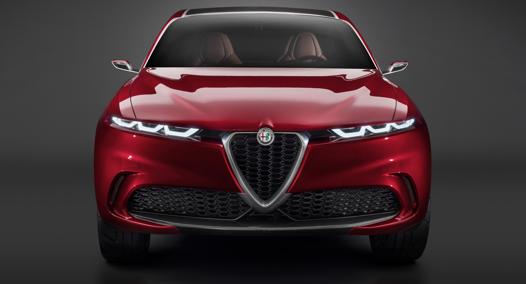 future from Alfa Romeo It also passes through the new small SUV, that small Tonale that will have to compete in the B segment of the European market, super competitive and large in number. Fundamental for Alfa Romeo that practically does not exist outside our borders: it is true that it doubled the figures for 2021, but at the end of October the overall market share was 0.4%. Compact SUV, which will be produced in Poland with Jeep Avenger And the Fiat crossover, of which there are no details at the moment), will be the first electric model in the history of Alfa Romeo. Alongside it will be a petrol variant with a mild hybrid system. The surprise was announced by Jean-Philippe Imbrato – CEO of Arese – in an interview with the English magazine SentencesWe are in a world where not everyone can pay 40,000 euros to buy a car. Thus, we will have a hybrid version in parallel with the electric one.

The platform for the model will be the e-CMP of the Stellantis range, with the aim of creating a mild hybrid that will cost around 10 thousand euros less than the battery-only model. Easy to think – as the basis for the hybrid solution – to the ubiquitous 1.2-liter 3-cylinder PureTech petrol from the Stellantis range. There is a business similarity to the Avenger itself which will only be available with a petrol engine for the Italian and Spanish markets. After all, Imparato assured Car that with the new SUV, Alfa Romeo should better cover their expenses after rebalancing the accounts in 2021 and creating margins in 2022. Only in this way can I go to Mr. Tavares (ed.), Ceo of Stellantis) to demand a budget for projects until 2030, he stressed.

Even with all-wheel drive

With the new Jeep Avenger It will share a 51-kWh battery pack and a 154-horsepower electric motorAt launch, it will be a front-wheel-drive small SUV, but there’s a good chance Alfa Romeo will offer a more powerful all-wheel-drive option in the future. Jeep has already introduced the Avenger 44 concept, which means the technology is available and chassis-compatible. The declared autonomy is 250 km which rises to 340 km in mostly urban use. The offer will be somewhat simplified: two engines, two trim levels, two packages and five identical options in each market, the transalpine manager predicted, confirming that the premiere is scheduled for 2024.

The secret of the name

The other surprise given in the interview about the model’s name: It’s not decided yet, however The name Brennero was left out, which for a few years seemed safe to consider a linguistic sequel to Tonale. Seeming to be fishing in the past, Imperato joked with the interviewer by denouncing the names of some of Arese’s old models, emphasizing that we shouldn’t be out of date. From now on, we’ll have a naming strategy that’s driven a lot more by respecting its past. We have to be very precise when we really get back on the market: we are Alfa Romeo. We are Italian. Imparato commented, We have sportsmanship.