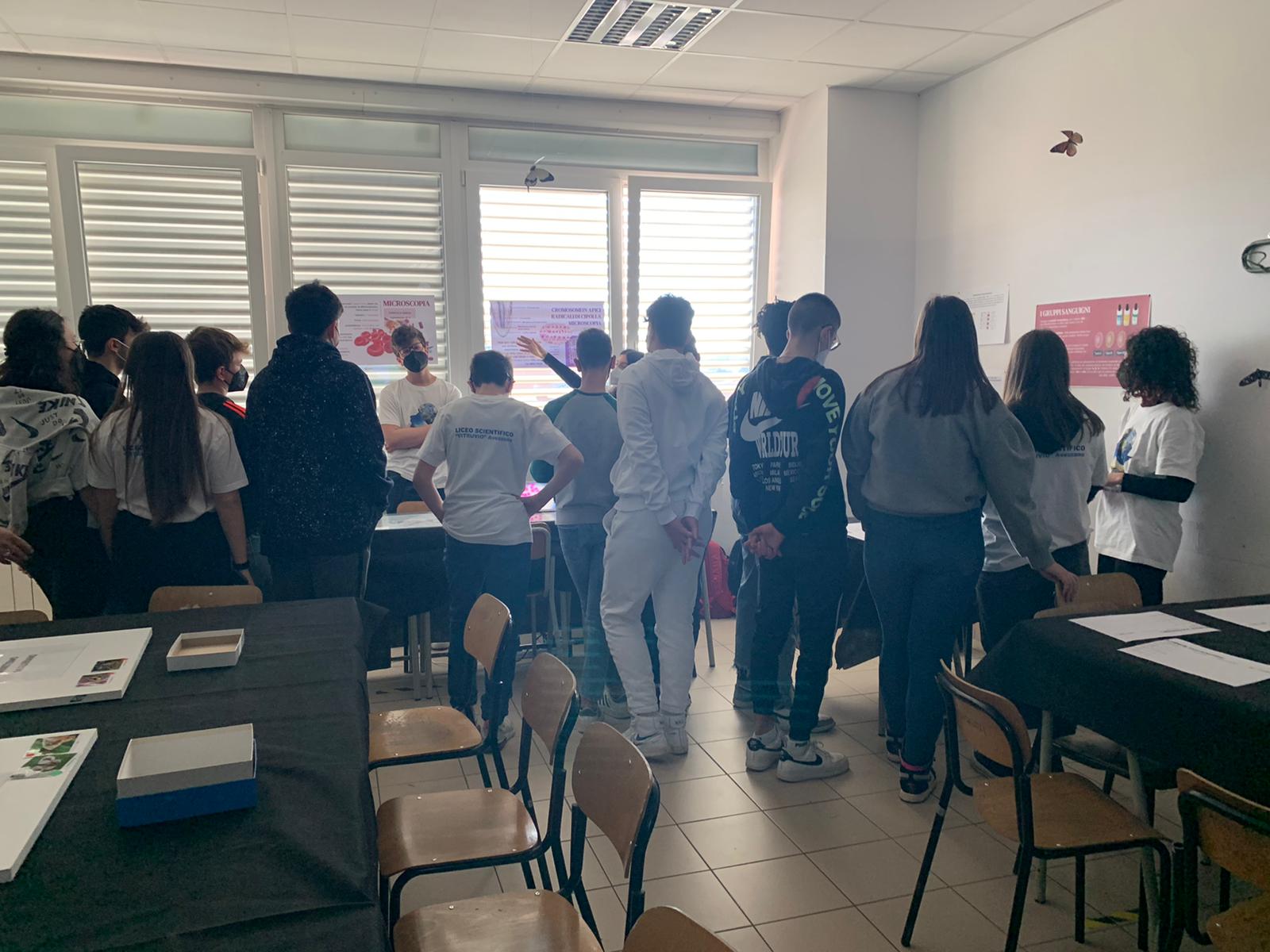 From Homo sapiens to Homo Deus: What future? The lab, created by students of class 5C and led by Professors Antonietta Capusa, Paola Iacoboni and Dominica Sabatini, deals with artificial intelligence and technological advances in recent years. More specifically, it explains what can be achieved with it, such as the intelligence of phones or virtual reality. Continuing the path, a 3D printer was placed with which DNA models were made. In addition, there has been talk of the idea of ​​colonizing Mars, even if it is a project that takes a long time to prepare. It was demonstrated how DNA was extracted from the fruit, in this case from the kiwi, which aroused much interest in the hosts. After that it was metaverse. An interesting, modern and pioneering futuristic track. Chiara Libra Ratti, Giulia Di Girolamo, Alexandra Pagliaroli

Darwin and Mendel Chronicle from a fictional encounter. The topic covered in this laboratory relates to the comparison of two key figures in the scientific field, Gregor Mendel and Charles Darwin. The journey begins with a presentation of their lives and especially their travels which were highlighted by a red thread affixed to a geographical map; Then there is exposure to imitation in its various forms by having interesting models of insects and plants; Of particular interest are carnivorous plants, which, in a video, demonstrate all their conviction in attracting and then trapping and digesting insects. Fun and lively a table made to imitate through a game of cards, the journey continues with microscopic observations of chromosomes in monkeys and onion roots followed by interesting analyzes of blood groups. The activity becomes more exciting with a game related to phenotype discovery; The students of Class 3I led by Professor Di Giulio decided to conduct this laboratory due to the scientific importance of these two people who lived at the same time although they did not actually meet and devoted themselves to it with much commitment and time. Chiara Di Giacinto, Ellaria Di Pietro, Silvia Morzilli