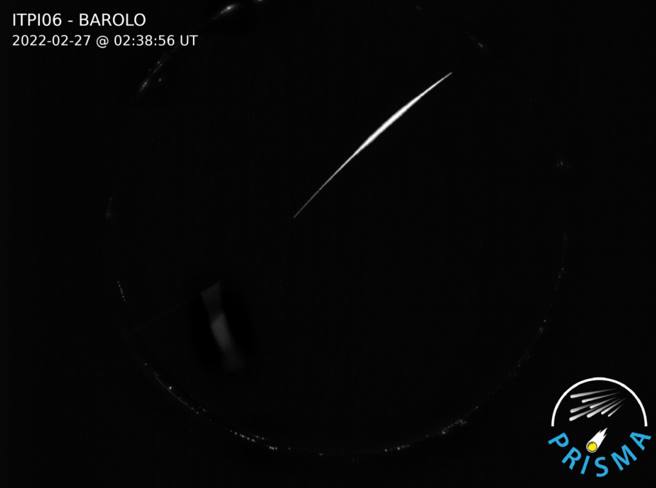 Coming from the region where the asteroid 153 Hilda is located, which gives its name to a family of certain asteroids, a fireball this morning was spotted by 7 cameras of the Prisma network (the first Italian network for the study of meteorites and the atmosphere) of the National Astrophysical Institute (INAF) at 3:39 Italian time the local.

The bright meteor, which lasted about 8 seconds, appeared in the Cuneo region, between the cities of Savigliano and Fossano, at an altitude of about 80 km and at a speed of just over 14 km per second. The meteorite moved to the southeast to exit into the Ligurian Sea about fifteen kilometers off the coast of Finale Ligure.

The Hilda family of asteroids does not belong to the main asteroid belt, but rather to the outside, as shown in a note. It is believed that the bodies that compose it are not necessarily descended from a common ancestor organism. It was formed by asteroids trapped by Jupiter with a 3:2 resonance ratio, at about 4 AU from the Sun (1 AU corresponding to the average distance between the Earth and the Sun, equal to 149,597.870.7 km). An orbital eccentricity of about 0.6 indicates that the fragment that fell last night could belong to a comet from the Hilda-like group, the same group that includes Comet Shoemaker-Levy that fell on Jupiter in 1994.

If you want to stay up to date with news from Turin and Piedmont, subscribe to the Corriere Turin newsletter for free. Every day it arrives directly in your inbox at 7 am. Adequate click here