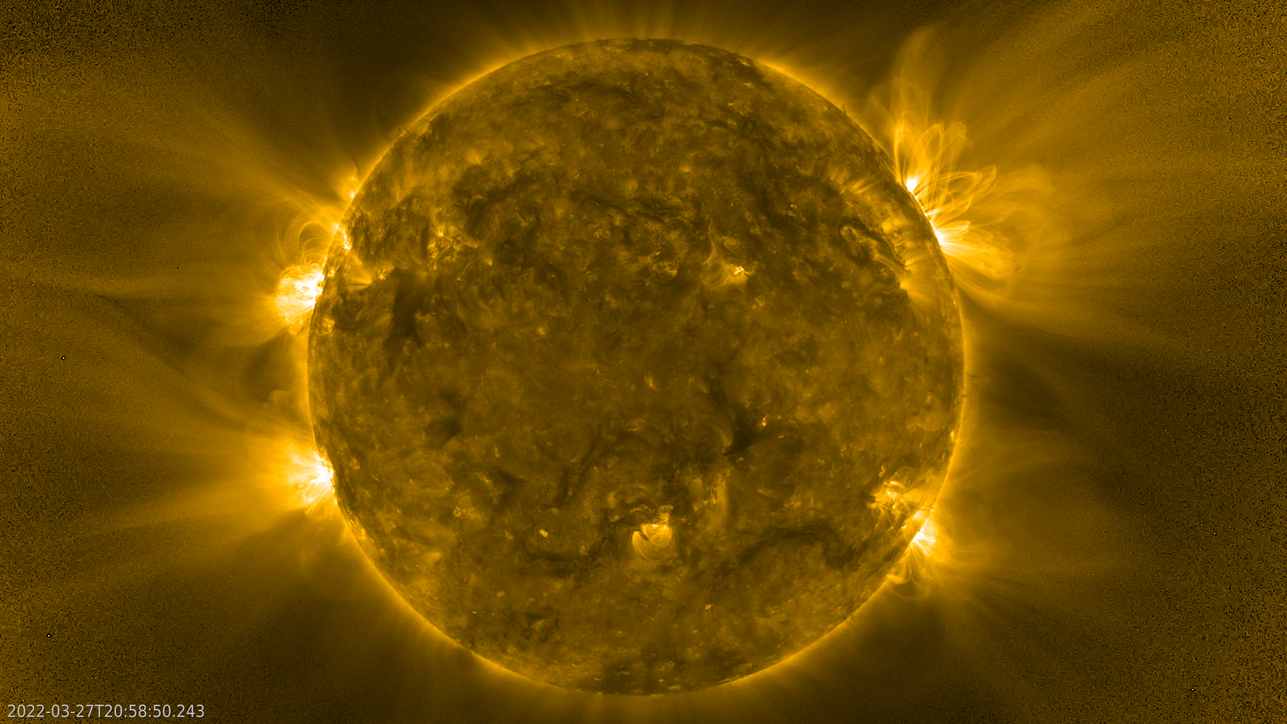 Coronal mass ejection of the sun

(CME) dating back to July 15th, released a stream of plasma that will hit Earth’s magnetic field by July 23rd. This will cause a

on our planet. However, according to forecasts, these will be secondary phenomena.

The ejection of material from the corona — the outermost layer of the sun’s atmosphere — occurs when a magnetic field “rolls” beneath the sun’s surface, pulling in massive amounts of plasma and spewing it out into space at high speed. This “cannon”, which occurred on July 15, generated a solar wind loaded with particles approaching the Earth and would hit its atmosphere within two days.

The cloud of material ejected from the Sun can interfere with the Earth’s magnetosphere. Currently, many space weather monitoring and forecasting services (such as NOAA and Space Weather) have reported minor geomagnetic storms. However, phenomena of this kind may have unexpected and more serious consequences. For example, wireless interference, satellite damage, internet outages, or even power outages.

READ  The official E3 web domain has expired and has not been renewed [aggiornata] - Multiplayer.it