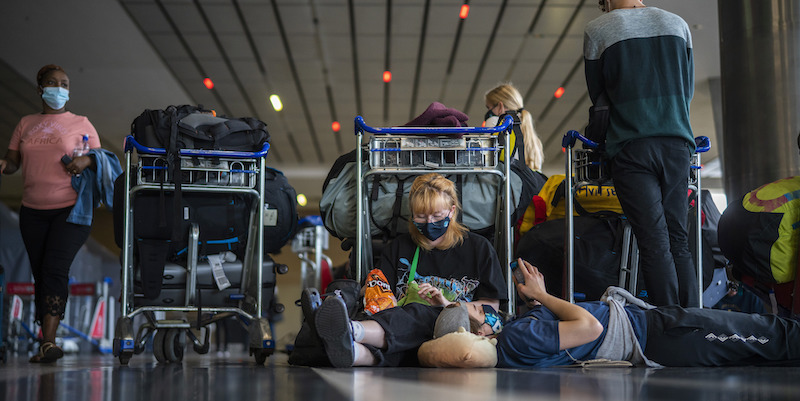 In the past couple of months, many people have faced the many inconveniences that happen at airports all over the world: in most cases delayed flights, but also a lot of lost baggage and a totally exceptional number of flights. has been deleted. In short, the reason is there Staff shortage of air and earth. Indeed, airlines have had to make deep cuts during the pandemic, and with existing staff, they are unable to maintain people’s renewed and increased willingness to travel after the health emergency restrictions are ended.

From June 1 to July 24 this year, at least 20 percent of flights at 77 of the world’s 100 busiest airports (ie the busiest) were delayed. The The Wall Street Journal Developed the 100 busiest airports in rankingbased on information obtained from FlightAware, a US company that deals with the analysis of historical and real-time data for flights globally: it is useful to understand the prevalence of delays at major airports in many countries, but also to see where there were the largest cancellations .

– Read also: Because there are a lot of canceled flights all over Europe

The arrangement focuses on flights that were scheduled between June 1 and July 24, and considers flights departing from the airport that arrive more than 15 minutes after the scheduled time as “delays.” The airports with the world’s highest delays in this period are Canada’s two largest: Toronto Airport with 57.1 percent of delayed flights, and Montreal with 52.6 percent.

Among the ten airports that have experienced more delays, there are also several major European airports, such as those in Frankfurt, Paris (Charles de Gaulle), Amsterdam and London (both Heathrow, the largest, and Gatwick). The airport with the highest percentage of cancellations is Shanghai Pudong Airport, where more than 5,000 out of about 13,000 scheduled flights were canceled, or nearly 40 percent. Many other Chinese airports follow (Nanjing, Xian, Beijing, Shenzhen).