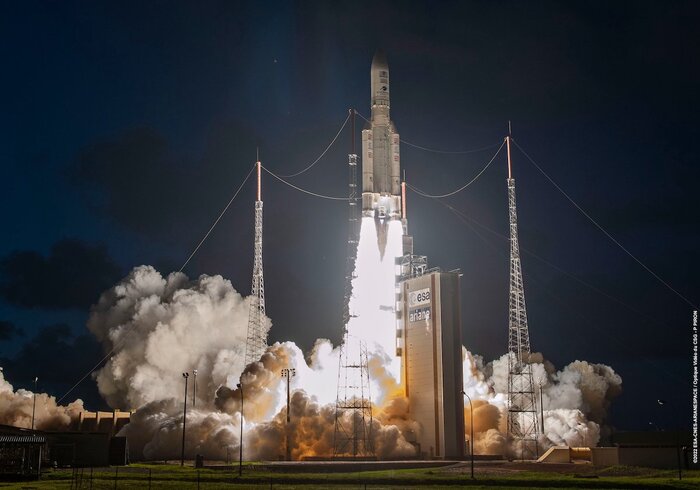 The satellite was launched aboard an Ariane 5 rocket on the night of September 7 at 11.45 pm Italian time, from the European base of Kourou, in French Guiana (Source: ESA / CNES / Arianespace / P. Piron) © ANSA / ANSA

The new European satellite Eutelsat Konnect Vhts is in orbit, which will provide high-speed Internet access everywhere in Europe, especially in remote areas with poor coverage, thus bridging the digital divide. The launch aboard an Ariane 5 rocket, after being delayed due to bad weather, took place on the night of September 7 at 11.45 pm Italian time, from the European base of Kourou, in French Guiana. For Ariane 5, this is the 114th mission since it opened in 1996, and he has only 3 more flights left before he retires, making way for his successor, Ariane 6.

Eutelsat Konnect Vhts (High Throughput Satellite), built by Thales Alenia Space (Thales 67%, Leonardo 33%) and launched by Arianespace for Eutelsat, is the highest ever in Europe, standing at nearly 9 meters and weighing 6.4 tons. About 29 minutes after the rocket lifted off, the satellite was launched, sparking a standing ovation at the launch control center in French Guiana. Its powerful elliptical initial trajectory, passing close to the Earth and reaching a distance of 60 thousand km from the planet, will allow it to reach its geostationary orbit, at an altitude of about 36 thousand km.

The satellite, which is designed to operate for at least 15 years, will take several months to reach its final location and more will be needed to complete tests, with expected entry into commercial service in the second half of 2023.” Eutelsat Konnect Vhts Our website embodies the “Space for Life” vision Herve Dery, President and CEO of Thales Alenia Space comments, “offers European citizens unprecedented broadband connectivity, wherever they are, to reach the target of 100 megabits per second (Mbps) per user: there will no longer be broadband free.