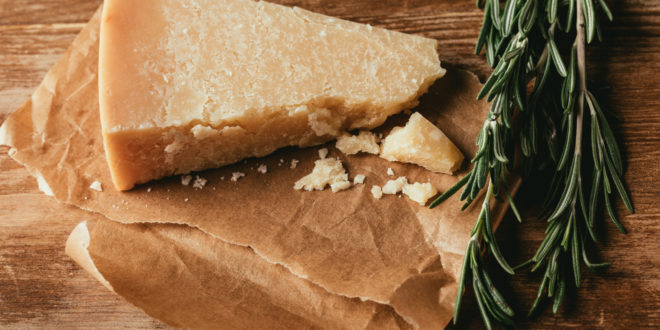 scientific interest As for the crystals in the cheese, it dates back more than a century and is not just a curiosity or a typical feature of some long-lived products, such as ‘Granellini’ which gives its name to the different Italians ‘Grana’, from Parmigiano Reggiano to Grana Padano, even Trentingrana. In fact, cheeses contain a large amount of organic and inorganic crystals. Some of them form on the surface of the cheese free of the crust, others in the irregular slots or spherical eyes found in some products, and still others are embedded in the cheese matrix. Crystals can affect their texture, as a direct result of their abundance, size, shape, and hardness, or as an indirect result of the events that led to their formation.

reaction From consumers to increased crystals in cheese is twofold. On the other hand, surface shapes are viewed negatively and are confused with mold growth, and thus change. At the same time, other forms of crystallization, such as those found in Italian grana-type cheeses, are seen as positive properties of artisanal and traditional products. These crystals are formed after a long maturation during which milk proteins are broken down first into polypeptides and then into single amino acids, some of which crystallize, especially tyrosine. The presence of granules in these cheeses is a sign of their “digestibility”, and therefore of their high digestibility and high nutritional value.

There are many types Of the crystals that form in cheese. The main ones are calcium lactate, calcium phosphate, amino acids, tyrosine, cysteine ​​and possibly leucine, which can be recognized and studied above all by X-ray diffraction technique. The inside is rough and irregular, but when cut into very smooth surfaces, heterogeneity appears, with white crystals Small, pale white circles against the dark matrix. Based on the analysis of the amino acid content, these formations were identified as tyrosine crystals in Parmigiano Reggiano and Grana Padano. Grain analyzes also indicate a high fat content (28%): therefore tyrosine crystallization is associated with fat globule accumulation with an increase in grain diameter. The white spots of aged grana cheeses also contain leucine, with a possible structural role for this amino acid in their formation.

in other cheeses, Like Gouda and Cheddar, there are large crystals of calcium lactate, both in the paste and on the surface of the outer crust. Modern systems of analysis allow us to study the implications of crystallization, such as the role of leucine crystals in the formation and growth of granules in Parmigiano Reggiano and Goda cheese or the possible role of surface crystals in the region softening of aged cheeses. .

For 12 years, Il Fatto Alimentare has been publishing news about: products, posters, misleading advertising, food safety … and gives readers free access to all content. We do not accept disguised advertisements in the form of articles on the site and we choose advertisers. To continue this policy of transparency and maintain our independence, support the site. Donate now!