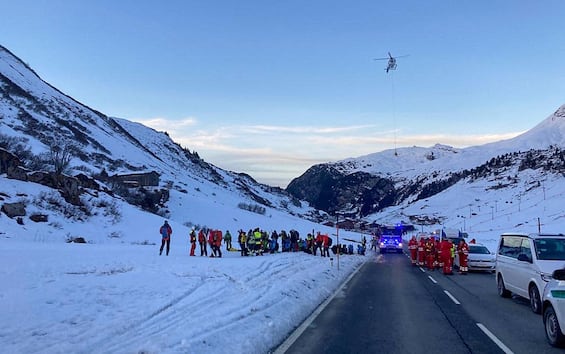 The last two people missing were found following the avalanche that buried ten skiers yesterday in the ski resort of Lech Zurz, at an altitude of 2,700 meters, in the land of the Western Alps in Vorarlberg in Austria, and rescued, although they were seriously injured, during the night. The injured, who are being transported to the Innsbruck Hospital in Tyrol, will be four, one of them seriously. Based on the reconstruction done during the night, the other six people were not affected by the avalanche. “According to the latest information, we can conclude that there are no more missing persons,” the newspaper quoted the police as saying.oppawithout disclosing the nationalities of the skiers involved.

The avalanche broke off in the Trittkopf region, which is a mountain located at an altitude of 2720 meters. Eight of the ten people involved were rescued yesterday, despite the darkness slowing down searches: six were unharmed. Authorities warned of a major avalanche risk in the region over the weekend.

READ  The US Supreme Court does not block a Texas law banning abortion after six weeks. Clinics are expected to appeal