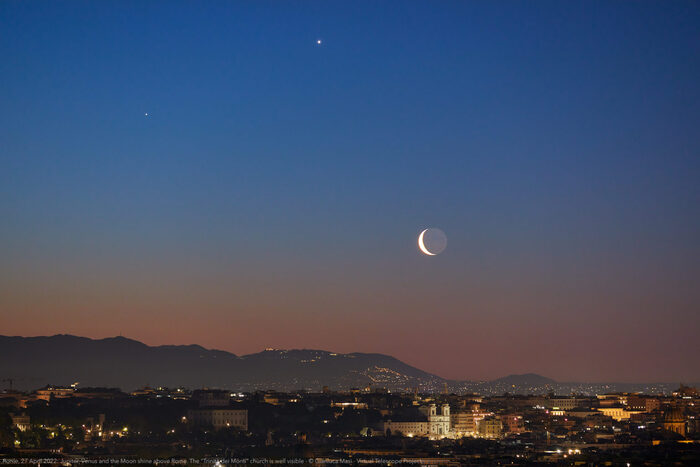 April 30 will be full of astronomical events: a partial solar eclipse is coming, which will not be visible from Italy, and at the same time Venus and Jupiter will make a show at dawn. “They are two of the brightest planets to watch and will rise just before the sun in the constellation Pisces,” Paolo Volpini of the Union of Italian Astronomers (Uai) told ANSA. “The unmissable pairing scene will be very visible – he adds – even if the two planets are very low on the horizon.”

On the other hand, the cause of the partial solar eclipse is the phenomenon of the black moon: “During the day there will be a second new moon for April,” explains Volpini, “which thus hosts five lunar phases instead of the usual four.” At this moment the Sun, Moon, and Earth are lined up, albeit not completely, so the shadow of the Moon falling on Earth will partially block the Sun. “The eclipse will be visible in South America and in the South Pacific.” , Volpini Comments.

During April, it was also possible to admire all the other planets in the morning, except for Mercury, which became visible in the second part of the month in the evening. Moreover, the best time of the year to observe it falls precisely on these days, when the planet sets about two hours after the sun.