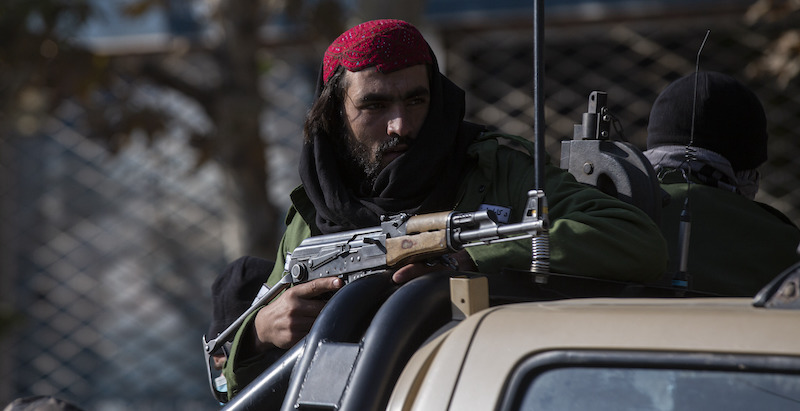 In the past two and a half months, since the Taliban occupied Kabul, the dangerous and sometimes difficult-to-understand rivalry has intensified in Afghanistan, as is evident from here: that between the Taliban and ISIS, two radical Sunni groups, considered terrorists by many. Western countries, which share the goal of building a kind of Islamic state on the basis of aVery strict interpretation of Sharia (Islamic law). It is a rivalry that comes from afar and is shown in all its violence through attacks – Like the one that happened on Tuesday at a hospital in Kabul Displaying corpses in the streets and “extrajudicial” killings, i.e. murders committed or authorized by the state authority without being preceded by judicial action.

The relations between the two groups entered a “new phase”, he wrote specialized site The war on the rocksWhich began after the withdrawal of US soldiers from Afghanistan and which “will certainly be bloody and violent.”

There is talk of a “new phase” because hostility in Afghanistan is nothing new. It began to develop in 2015, that is, since the birth ofISIS-K (or the Islamic State’s Khorasan Province), which can roughly be defined as the Afghan division of the Islamic State.

At that time (but also today) the Taliban were allied with Al Qaeda, a large Sunni organization argue With ISIS taking control of the global jihadist world, and even then ISIS and the Taliban had significant ideological differences. Whereas ISIS-Khorasan, as well as the main nucleus of the organization (which was later defeated in Iraq and Syria), advocated the creation of an Islamic caliphate extending beyond the borders of a single state, the Taliban had more local goals: they wanted to restore power in Afghanistan and impose a radical interpretation of Sharia. Islam within national borders. ISIS also accused the Taliban of being “apostate” for adopting extremely lax positions in implementing the provisions of Islam. The Taliban claimed that ISIS was a heretical extremist group.

With the rapid withdrawal of American soldiers, The collapse of the Afghan security forcesLast August, the Taliban managed to retake Afghanistan and at the same time opened new operating spaces for ISIS-K, which immediately benefited from the new instability, as well as the mass escapes from Afghan prisons that occurred during the capture of Kabul. . In those turbulent days of mid-August, thousands of detainees were released, among them many accused of terrorism and belonging to ISIS.

The beginning of the “new phase” was already seen on August 26, when ISIS-K Nearly 200 Afghan civilians were killed They gathered outside Kabul airport to try to board one of the participating planes evictions Of foreigners and Afghans from Kabul.

In the following weeks, the Islamic State in Khorasan carried out several attacks in areas of the country where its presence is considered to be strongest, such as the city of Jalalabad (in the east), and in areas that until then were completely outside the country. Its range is like the cities of Kandahar and Kunduz.

The greatest violence is located precisely in Nangarhar province, where Jalalabad is located, where it seems that some kind of secret and extremely bloody war has been going on for weeks.

Reporter Secunder Kermani BBC Jalalabad Tell What is happening in the city and the pervasive violence experienced by the local population. Kermani wrote that almost every day the bodies of the dead are found on the roadsides, “some shot or hanged, some beheaded. Many of them have handwritten tickets in their pockets accusing them of being members of the Islamic State’s Afghan squad.” No one claims The killings are believed by many to be extrajudicial killings carried out by the Taliban against people suspected of belonging to ISIS-Khorasan: “The two groups started a dirty and bloody war. Jalalabad is the front of this war,” Kermani wrote.

READ  Ukraine and Putin to Schulz: "NATO is never at our borders." The Kremlin is withdrawing some troops

Suspicions also stem from the fact that at the head of the intelligence services in Nangarhar there is a man known by the name of Dr. Bashir, who had previously fought and defeated ISIS in the past and gained great fame. ferocity and violence. Dr. Al-Bashir denied involvement in several killings in recent weeks and said the Taliban had no reason to be concerned about the presence of ISIS in Afghanistan.

Despite Dr al-Bashir’s claims, the Islamic State appears to be having some success and embarrassing the new Taliban government, for example by attacking the Shiite-oriented Hazara minority, which has long been persecuted in Afghanistan but is now the Taliban. are looking for To build peaceful relationships. Avinash Paliwal, Deputy Director of the SOAS Institute at the University of London and an expert on Afghanistan, He said The financial times He said that these attacks carried out by ISIS-K “will exacerbate sectarian guilt that is not really in the interest of the Taliban to ignite”, adding that “violence will increase and it will be” free for all.”

The Islamic State’s attacks are also eroding the Afghan population’s trust in the Taliban and their ability to restore peace and security to the country. In fact, the Taliban have claimed for years that they are the only group capable of stabilizing Afghanistan. However, things are proving to be more complex than the group’s leaders expected, also because local Taliban leaders are having great difficulty in countering the terrorist and guerrilla tactics espoused by ISIS.

READ  Qatar, stolen Spanish journalist live. And the police ask her: "What punishment do you want when we find the thief?" - video

It is difficult to predict how the rivalry between the two groups will develop, and at what level of violence.

Fear books The war on the rocks, is that the Afghan division of ISIS is trying to become more active and effective by recruiting Taliban fighters frustrated with the new regime, which is trying to some extent to gain international legitimacy through cooperation with different countries and at the same time becomes more vulnerable to attack by the most radical and extremist parties. Furthermore, with the withdrawal of US and NATO forces, ISIS-K is now able to focus all of its forces directly against the Taliban, carrying out more frequent and violent attacks than in the past.